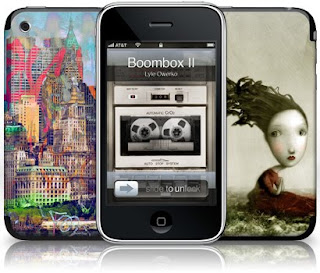 This one is for all you tech savvy and tech lovers out there. (personally I am not one of those I just like art so yeah, I know I don’t fit in but it’s ok lol) Have you been trying to find nice, cool and reasonably priced ways to accessorize your phone computer or just random items in your home? (lol I sound like a sells person on the infomercials) You must check out the site GelaSkins. They have cool art work from people who are into creepy to people who are into funny. There is a bunch of variety to go around. Also they even have a cool feature were you can create your own skin. So let’s say you have a piece of art work that you think might look good on a coffee pot or your phone. Well go to the site and upload the image and TA-DA you have your own personal skin. 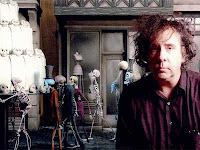 Another great thing about this site is they even have some art work from Tim Burton (for those who don’t know the man behind Beetlejuice and Nightmare Before Christmas). His art work is based on his 1997 book called The Melancholy Death of Oyster Boy and Other Stories. The prices for the skins including Tim’s if you’re interested are 15 for phones (doesn’t matter the brand or size) and 30 for computer skin(also size doesn’t matter or brand). Of course there is a shipping and handling fee but other than that the skins to me seem very reasonable and very doubtful that you would see people with half those skins walking down the street.

Speaking of Tim Burton I thought it would only be far to tell everyone to go to see his version on Alice in Wonderland when it comes out March 15, 2010. It’s in 3d made with real people that have some digital effects done to them. The movie will be based on the two books Alice‘s Adventures in Wonderland and the sequel Through the Looking Glass. So on March 15, 2010 which happens to be a Friday (yes I’m hype) go to the movies get your 3d glasses pull out your snack that you snuck in and enjoy the movie.