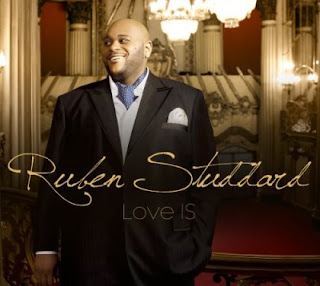 This  Cd mos def ties "The Return" on being a album you can play all the way through. But vocally Big Rube's vocals have never sounded better and might i add it's good to have a real singer in the game. In love is he sings about love, romance, promise and hope. An he does give us a few covers on this album, but when ya kill a cover just as good as the artist who gone complain? He covers the Extreme's "More Than Words"(which is a new fave of mines),  Al Greene version of "For the Good Times", and he also covers The Beatles " Long & Winding Road". Ruben may have covered the songs but he ain't do it like the original he made each cover his own.

The 1st track "Together" will definitely make you wanna fall in love, but maybe that's just me lol. And from a little research i found out Track #3 "Song For Her" was written for his wife,and you mos def can feel the emotion in this track from the tempo to the vocals. track #8 My Love Is a Rock will make you hold on tightly to the one you love while it's playing. You can tell he took time with each ballad rather it be the tempo,arrangement, or even his vocals.

But it not just all ballads track #4 "How You Make Me Feel" gives you a upbeat tempo that you could get ya two step on to.Its roughly about how somebody renewed his faith in love. He closes the album with Track #12"Footprints in the Sand" where he sings about wanting to leave (pun intended) footprints in the sand. In the song he lets ya know he doesn't want to be a person ya just forget about. He wants to be somebody that leaves a mark in somebody in the worlds life.
If you go into this album thinking its strictly R&B then be prepared to be shocked because it isn't that at all. In this album Ruben definitely shows his versatility as an artist to cover different genre's of music an compile them all into  one album.

"Love Is" is def a album you should add to ya collection. I will admit that it's not for everybody because some people wont like the genre blend,or they'll find some other reason to hate on it..But for those folks ya get two fingers in the air lol. But for everybody that's been waiting on a follow up to "The Return" this album is right up you alley.