Artist to Look out for: Wil Guice 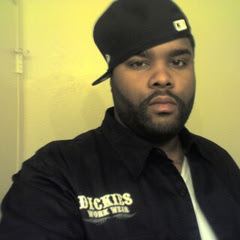 His name is Wil Guice. (pronounced like dice), real name with a period at the end. Biggie said it best when he said, “sicker than yo average”, because Guice is not your average writer, vocalist or entertainer. His style is in a class of its own. Its both soulful and original, some say he’s what’s been missing; that ghetto love music in a crooning well-sung manner with definite crossover appeal. Unlike many artists, Guice’s position in the game is unparalleled. Born in a small hood town in Ohio, Guice is the youngest of ten children, the only boy and son to a mother who is a Pentecostal Minister. His father died just before he was born. Growing up, Guice found his male role models on TV and on the vinyl of old albums such as: Sam Cooke, Al Green, Marvin Gaye, James Brown, Donny Hathaway, Otis Redding, Lou Rawls, Luther and of course Stevie. To Guice these were the Gods of the game. Even lady legends like: Aretha Franklin, Gladys Knight Patti LaBelle, Tina Turner, Mahalia Jackson, Minnie Riperton, Diana Ross and Whitney took influence. They became his mothers of the craft. Being the son of a minister had its pressures. Guice often had to sneak away with his walkman to listen to what his mother called, “the devil’s music”. Many nights he fell asleep listening to: Guy, New Edition, Jodeci, Keith Sweat Run DMC, Eric B. & Rakim, 2Pac, Biggie, NWA and Babyface banging in his headphones. Studio to studio, talent show to talent show, he finally left home at the age of 18 and relocated to Philadelphia, PA, quickly making a name for himself throughout the music scene. Guice polished his skill of writing, singing and performing in hopes of becoming a star bright enough for the world to see, with not even the sky being his limit. He knew he had the potential to be greatness…and so did everyone else. Hard work mixed with many humbling experiences, pit falls and failed loves, took Guice from sleeping in cars, to Boys’ Homes, from juvenile lock-ups, to being a dope-house look-out boy or chillin at girls cribs when mom and dad were away. But now, a rose has broken through the concrete in full bloom. So many of these R&B artists got fat while Guiceman “shtarved on the shtreets”. It’s time to give R&B a facelift and the surgeon is in. And so, with songs like, “Pillow Talkin’” on Tyga’s 2008 ‘No Introduction’ album, which Guice is featured on the hook, “Bad Girl” written on Usher’s 2004 ‘Confessions’ album, four songs on the Boyz II Men 2001 album ‘Nathan Michael Shawn Wanya’, a feature on the 2002 Bootsy Collins album ‘Playing With Bootsy’ (“Soul Sista” also featuring Fat Joe), live performances, radio and TV appearances under his belt, let us go from the streets to the sheets. Welcome to Guiceland.