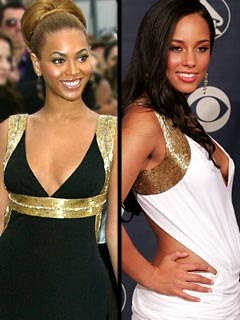 Guess one carter isn't enough huh? lol Not content with just working with rapper Mr Carter on his new single ‘Empire State of Mind’ (as well as on her own project) it seems A Keyz has snagged Mrs Carter for her ‘Element of Freedom’ project. It has been reported That the two ladies have officially collaborated.