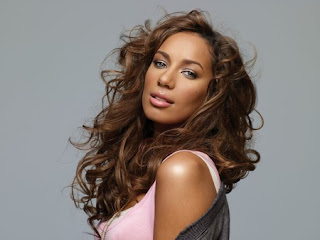 LONDON — British singer Leona Lewis was punched in the head during a book signing in London on Wednesday, her spokesman said.

Lewis, 24, had been signing copies of her autobiography for around 90 minutes at a book store in the upmarket Piccadilly district of London when "a guy came up and punched her to the side of the head," the spokesman said.

The three-time Grammy Award nominee suffered bruising to the side of her head and was "understandably badly shaken."

The spokesman said he did not hear the man say anything to Lewis during the "unprovoked" incident and security officers swiftly intervened.

A police spokesman said a man had been arrested in connection with the alleged assault.

Here is footage after the blow was dealt to leona..

Lewis was catapulted to fame by winning a TV talent show in 2006. In 2008, she became the first British woman to top the US charts for more than 20 years with her single "Bleeding Love".