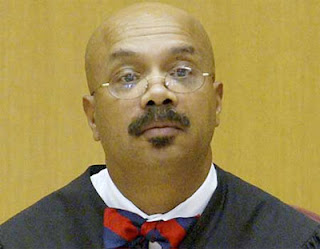 Up to 15 current and former prisoners are set to testify against him at the jury trial.

He was once the Democratic Party’s choice to be the first black federal judge in south Alabama.
Mr Thomas resigned as a judge in 2007 following allegations that he spanked inmates in his private office at the county courthouse with a paddle.
In April this year, he was indicted on more serious charges.
If he is convicted of the charges of kidnapping, he could face a sentence of life in prison.
Court records show that some of the inmates involved said they were checked out of jail for meetings with the defendant in either his car or in his office.
They claim they were abused during these meetings.
However, Mr Thomas’ lawyer, Robert Clark, has said the alleged victims were trying to ruin his client’s career.
In April, he described the situation as a “a high-tech lynching” and said it was politically motivated.
He said: “They don’t like uppity black folks, and that’s what they consider Herman.”
Mr Thomas’ license to practice has already been suspended.
He has previously said he was trying to mentor the inmates.
A former Democratic state senator and colleague, Bob Eddington, said: “I’ve always had the highest regard for him.
“The allegations were a complete surprise to me and everyone else who knew him.”
The National Association for the Advancement of Colored People (NAACP), a civil rights organization, has said that Mr Thomas is being prosecuted because of his race.
The trial is set to last several weeks.