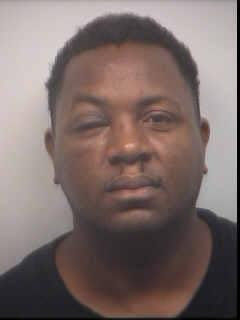 A judge ordered that Richardson be held without bail today until his next court appearance on Oct. 20.

Richardson’s attorney claims Jewell drew a gun and threw the first punch during the fight Friday night outside the Body Tap strip club. The attorney also argued that since Jewell’s death has yet to be determined it would be premature to charge his client with voluntary manslaughter.

But police countered and said regardless of who started the fight, once Jewell went down, he was unable to defend himself and therefore the charges aren’t likely to change.

Investigators said the two men had an on-going dispute about business matters concerning the club. Richardson worked at the club and Jewell was reportedly attempting to buy part or all of the establishment.

In related news, The Atlanta Journal Constitution reports that Jewell’s funeral will be held Friday at the Ray of Hope Christian Church in DeKalb County.