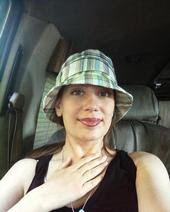 Aimee Louise Sword of Waterford Township, near Detroit, was arraigned this week on three charges of criminal sexual conduct for the alleged rape of her biological son, whom she put up for adoption more than 10 years ago, MyFOXDetroit reported.

Prosecutors say the boy is still a minor, but won't disclose whether he knew the woman was his mother — a situation that has horrified mental health experts who are calling the case an

"I don't think I've heard of another case like this in my career," said Dr. Gerald Shiener, chief of Consultation and Liaison Psychiatry at Sinai Grace Hospital in Detroit.

Our first reaction to hearing about something like this is that this is every man's nightmare. It's an abomination, he told MyFOXDetroit.

I'm at a loss for words because it's something that we consider to be so out of the normal, so prohibited in every culture that it unnerves every man just to think about it.

Sword surrendered to Waterford Township police on April 24, the Oakland Press reported, but was freed on bond Wednesday following her arraignment. The house at her listed home address is abandoned.

Sword's attorney Kenneth Burch told the Press that his client "maintains her presumption of innocence" and said the accusations of incest have been very difficult for her.

But Sword herself has spoken since she first was arrested, writing on her MySpace page that she was inspired by rapper and former jailbird Lil' Kim because she rises during the worst of obstacles."Reminded me of myself," Sword wrote on the Web page, where she uses the name Aimee Pope.


Though Sword is apparently confident of her ability to recover from the charges, Shiener, the psychiatric doctor, worries that if the allegations are true, the damage to the boy could be long-lasting.

I think this is disgusting..Like how in your mind can you wanna go thru all that to find your kid only to molest them?? This story turns my stomach seriously