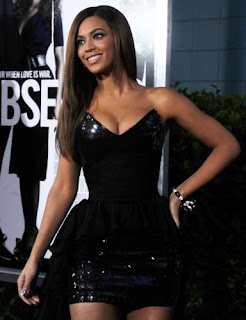 NEW YORK (Reuters) - The singer Beyonce Knowles has been sued by Abercrombie & Fitch Co over her intent to use its "Fierce" trademark on a fragrance to be launched in early 2010.

In a federal lawsuit filed Tuesday in Columbus, Ohio, Abercrombie said Knowles' plan "poses a likelihood of confusion" for consumers that could deprive it of control over a mark it has used since 2002, and perhaps cost it sales.

Representatives of Knowles were not immediately available for comment.

Abercrombie said it has sold more than $190 million worth of fragrance under the Fierce name, and expects $64 million of sales in 2009.

The New Albany, Ohio-based company said the fragrance gives off a "signature" scent that is regularly dispersed in its 350 retail stores through scent machines or by employees.

"A&F's intent is that all garments that leave the store have the Fierce scent attached to them," the company said.

The fragrance maker Coty Inc has signed an agreement to market Knowles' fragrance.