Artist to look out for : CJ aka ya girlfriends favorite singer 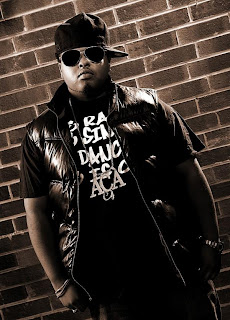 CJ AKA Christopher Williams is a young up-incoming singer/rapper/dancer/actor from Greensboro north Carolina. He has a passion for music and movies.CJ has been singing and dancing since the tender age of 4. He started his career at 5 dancing for a local hip hop group "THE BIZZY BOYZ".CJ later found out he was gifted enough to sing and rap. He did a lot of talent shows and worked with a lot of NC artist such as: L.I.V.E.,BARBER Q,THE DEM, J-KRUSH,JAP,BEATTYMANE,VARSITY,OC,ED E RUGUR,TREAL GATES,JAE BEATS,D-DOT,BLITZ,ECT...HE FORMED A GROUP WITH BEST-FRIEND HAYWOOD Hammond CALLED THE 336 BOYS.Now as a solo artist CJ is out on his own with his new mix cd

is out now and his untitled album to be released in late summer.But for a more up to date mixtape cop that

CJ is the r&b artist on an indie label called C.Flow ENT. With his cool personality and smooth Vocals CJ is on the way to the top with his hit song

CJ has looks and talent give him a try and you'll love it.CJ also co-owns AcA Ent with dj jae money..Some of his inspirations can be listed as MIKE JACKSON,MY MOM,MY HOMIES,THE HOOD,TREY SONGZ,R KELLY,TI,LUDA, MAN THE WHOLE DAMN MUSIC INDUSTRY,AND UNDERGROUND ARTIST

Make sure to check out an download his new smash hit

Also make sure ya add my cuzzo to your Myspace at myspace.com/heiscj or follow em on twitter at twitter.com/HEISCJ