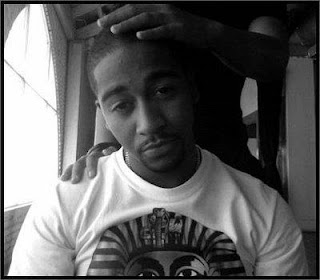 DAMN!!! Son it's only been two months since the world found Omarion was offciially apart of Young Money. Now just as soon as we get used to it is just as soon as he gets the boot SMDH. Omarion was dropped due to a recent leak of his single which featured Lil Wayne. But according to sources it was Omarion himself who was the culprit in this single being leaked to the public. C'mon son y would ya do that O? SMGDH!!! President of Young Money Mr Mack Maine himself confirmed this story via his twitter which read:

"ATTN: Omarion is no longer young money.. the track they leaked isn't official. Good luck to him in his future."

Maybe it was fake you might say???? Nope!!! check out how many other celebs Rt (means to re tweet)to show that O really did get dropped... Damn O guess it back to square one big homie..Better luck next time..Now i wonder how long bow weezy gone last???

How kan I fall or get dropped when lam "gravity"...and jah is by my side being tha force that's driving and parachuting my arriving plateau

Thats a sick can do attitude right there.. what yall think?