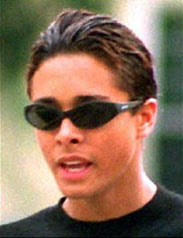 After the sudden death of Michael Jackson Evan Chandler tells the truth.

In 1993, Chandler told a psychiatrist and police that he and Jackson had engaged in sexual acts that included oral sex, the boy gave detailed description of Jackson’s genitals. The case was settled out of court for a reported $22 million, but the strain led Jackson to begin taking painkillers. Eventually he became addicted.

Now maybe for the remorse of his death Chandler decides to tell us the truth. ” I never meant to lie and destroy Michael Jackson but my father made me to tell only lies. Now i can’t tell Michael how much i’m sorry and if he will forgive me ”.Evan Chandler was tape-recorded saying amongst other things, “If I go through with this, I win big-time. There’s no way I lose. I will get everything I want and they will be destroyed forever…

***My opinion this dude is a loser 4real who probly now is getting jumped by his own guilt for wat he has did to MJ*** but wat do yall think??