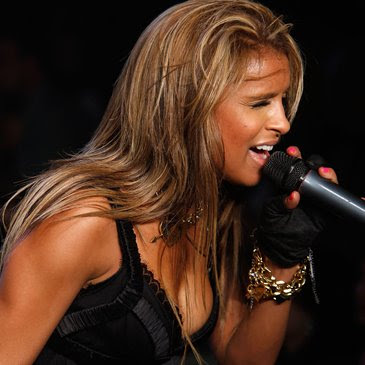 Rumours have been running rife lately that pop mega group The Pussycat Dolls are on the verge of breaking up after growing tired of Nicole Scherzingers constant limelight hogging, and now the groups most outspoken & disgruntled member Melody Thornton has come out to set the record straight on what's really going on with PCD.

When asked if there's any truth to the rumours that have been plaguing the group, Melody said "It's good news for our fans. I don't think we're breaking up any time soon." She adds: "As long as this thing is moving, we're all still here."

"Nicole's always had extra things going on as opposed to the rest of us, but we have aspirations as well," she explained. "It's definitely a huge misconception that we are just chilling and happy to just be members of the group."

The 24-year-old then addressed the scathing reviews that their "Doll Domination" tour received in Australia after member Jessica Sutta dropped out due to injury, and support act Lady GaGa upstaged the group multiple times during their own concerts.

"(The reviews) say a lot about the need for an evolution within the Pussycat Dolls.
"But it is what it is. Lady GaGa is bringing something new and fresh. I think she's amazing."