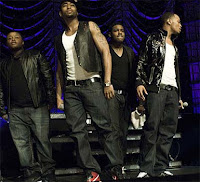 Sounds like donnie on his own lil island now after his lil statement on the finale..
Instant classics that had me roflmao from the interview are as follows:
Big mike>>> "Father fuck you"
Big Mike>>" i dont wanna talk to em i might dive on his ass"
willie>> " he had all the camera time we were just more entertaining"
Now out of the whole thing brian aint say shit..guess he wanted to stay out of it..But i mean who didnt see this coming really?? Ya could see it during the shows and Donnie made it evident at the finale when he said it..g points for saying on national tv sir...But here is the vid for ya