Featured Artist of the Week!!!!! B.West 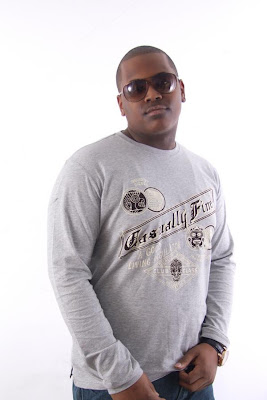 The story of B. West begins on September 18th 1987 when he was introduced to the world not knowing that he would one day be considered a one-man show. B. West born Robert July Wescott III grew up working in the family owned mortuary where he learned discipline and responsibility. Since the age of 12, West learned the importance of upholding his responsibilities, and started setting goals for himself. Around this time he began writing poetry, which then transformed into lyrics that started his passion for music. At age 13, West started High School at Northeast Catholic where he met his partner in crime Giovanni Delgado formally known as G-Dash. The two of them began low budget recording, using a stereo with a built in microphone that allowed them to record on cassette tapes. After a year or so of low budget recording, West was determined to take his music to the next level and did so by purchasing a computer. During this time West took the initiative of purchasing recording programs, and other studio equipment because he didn’t want his music to have the same low budget quality. West began forming a group named Ghetto Intentions, which consisted of him, G-Dash, D-Trigga, and Genius. Aside the group West was still a independent artist striving for attention and exposure that he needed for his music. Around the age of 15-16 West started working with an array of music producers and engineers, which gave him an opportunity of getting more exposure for his music. While working with 30/30 Entertainment at the time West began performing and producing his own music. As he began to progress, West began working with Season Around Records, Street Dreams, 13 Entertainment, and a few other local Labels. Through the course of high school West released 4 albums, which he sold through out Northeast Catholic to keep his name and music alive. The third album he released was Entitled “Ghetto Intentions Volume 1” which was a follow up album for the previous Ghetto Intention mixtapes that were released. The forth album that he released was a true one-man show project for B. West. Teaching himself step by step, West recorded, wrote, produced, and mastered every song on the double disc album, which consisted of 30 tracks. West also participated in a TV production class his last 2 years of high school where he learned the basics of TV production and how everything worked. During his senior year West was at the top of his production class, not only did he run the high school’s news program but he also interviewed the athletes of the school and added it as a segment of the news. Once High School was finished in 2005, West now had his mind set on doing music and video production, not knowing that he would soon be making history. Still keeping Ghetto Intentions in mind, once everyone went there separate ways West created his own music label entitled “B. West Music”, which gave him the opportunity to scout for artist. While performing at a showcase West’s attention was caught by Quasim who had received a standing ovation for his performance of John Legend’s “Ordinary People.” After meeting Quasim West was anxious to collaborate with his new R&B artist not knowing that there duets would catch everyone’s attention. West attended Philadelphia Community College, where he majored in business, and took a few music classes to keep himself well rounded. On January 30, 2007 West released another album entitled “The Homecoming”, which was also produced by him with the help of G-Dash who professionally mixed and mastered the album. Once the cd was released West sold over 150 copies, $5.00 a piece to keep him motivated with his music. Later in the year West was introduced to H. Pain who was the head of a group named Heavy Artillery. After a few meetings and collaborations West was now initiated with Heavy Artillery, soon to be the president. While being a part of heavy Artillery West was able to spread his wings and expand his talents to the next level. After a months and months of performing with Heavy Artillery and filming performances, West began doing music videos. His first music video entitled “Rideyua” was a song by H. Pain, which was a success and a boost of confidence for B. West. After many plays and comments on his first video West kept the motivation going and released a second video entitled “Do My Own Thing”, which was a single off his latest project. The song featured H. Pain to clarify that even though B. West was initiated with Heavy Artillery, he was still going to do his own thing regardless of what anyone thought. Months later West would have never thought that he would be getting 2 of his hit singles played in clubs while being an unsigned artist. Not many human beings are able to teach themselves how to work and operate recording programs, nor teach themselves how to produce beats, and music videos. B. West is a self-motivated person, who is not afraid to go after his dreams and goals and will do anything to achieve and accomplish them. West has already been offered 2 record deals but did not accept only because the contracts were no good. Throughout his music career thus far B. West has performed at 69th Street Lounge, Tierra Columbiana, M&S Hall, The Free Library Talent Show, Heavy Artillery Showcase, Industry Tuesdays at Club Fluid and has had the privilege of performing on “Wild About Philly” television program. B. West has also had the opportunity of meeting a few industry figures such as Omillio Sparks of State Property, EST Robert Waller who is one of Beyonce’s songwriters, LA Virgil, and a couple others. B. West’s music and video abilities have definitely advanced, and being the person that he is along with his passion for them both will continue to advance no matter what.

***Bam thoughts*** make sure yall show my good friend some luv by following the links below to hear some tracks or add em on the space also.Also make sure to download his shit off itunes also..ya dig

Holla at em on myspace

B west
Labels: B west