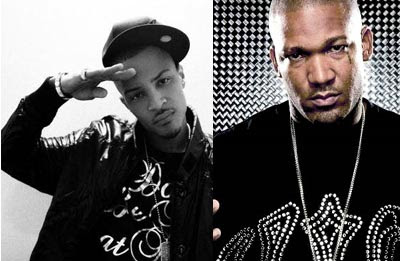 
According to a report from website Smoking Gun which included legal documents as evidence, rapper Alfamega was exposed as being an informant for the D.E.A. during a trial on a heroin drug dealer.

In a radio interview on Atlanta radio station 107.9, T.I. showed no tolerance for Alfamega’s deceiving of the company by withholding the information from Grand Hustle.

“Even though all our artists and employees are asked by us to be honest and open about their past history, at no time did Alfa disclose to me or Grand Hustle what has now appeared in the media,” TI was quoted saying in his interview.

“He essentially deceived us by failing to fully disclose the truth about his past and there is no place in our organization for dishonest and misleading behavior. As I have always said, you must take responsibility for your own actions. We at Grand Hustle cannot support or condone the blaming of others for our own mistakes,” T.I. added.

No word of Alfamega’a plans now as he was expected to release his album, “I Am Alfamega,” under Grand Hustle.

T.I., in his statement, wished the rapper and his plans the best.