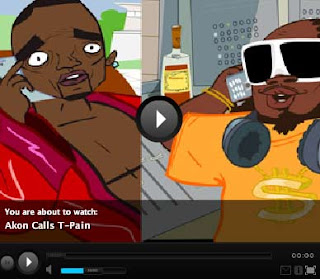 In the words of teddy pin her ass down daddy:

Akon and Bu are nasty ass n*ggas. They’re supposed to be Muslims but there’s nothing Islamic about what they did to my family. They’ve got us walking around in disgrace because their greedy asses want all the cars, all the women, all the pleasure, and all the opportunity. They know it’s fucked up, and I’ll tell ‘em to their face if I’m ever in their presence again. But they duck me because they know I’ve got a bullshit shield. They know I’m bullshit-proof; that’s why they back-doored my son.

Akon sends his little brother in [to do the dirty work] so his hands will be clean. I listened to the dumb stuff that little boy [Bu] said. He couldn’t hold a good conversation with me so he sold my teenager a bunch of dreams. I don’t need a dream merchant in my life. I’m not buying dreams. I’m a grown man. I really don’t appreciate Akon because he has no integrity. He’s never kept his word. When we first met and he introduced himself as “Akon,” I’ve got a metaphoric mentality, so I thought, “a con”? A con what? A con man? A convict? I don’t even know his real name. I’ll slap the shit outta Akon. He’s a thieving, un-Islamic, back-stabbin’ p*ssy. Put that in the book. I’m hotheaded enough to tell him that to his face.

I get a retirement check, but it’s not a lot of money. I’m on my ass right now, and I don’t deserve to be on my ass. All my money is gone and I’m struggling like I’m on social security. I should be honored for creating the most phenomenal thang that ever came out of Tallahassee. I saw [the talent] God had given [T-Pain] for music. I was him; that’s how I identified it. I was Mr. Music in high school. I was the drum major, director of the student choir and concert band; a very popular guy in the Marching 100.

What u think about this? sounds like daddy aint happy wit the break off he getting from pain so now he coming for more from akon lol