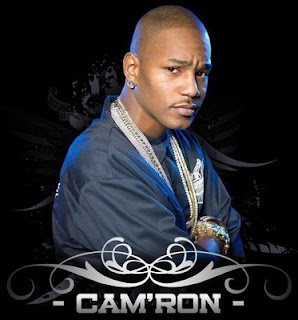 Cam'ron is making up for lost time. Though he was on a two-year hiatus from making music to take care of his mother after she suffered a series of strokes, Killa did do some work, making over 100 songs with his new team of producers and up-and-coming MCs.

And he's made almost that many more since deciding to come back late last year. In 2009, he has a full year of releases scheduled. The first week in July will see a mini-movie called "The Bakery," which is an offshoot of the video intro he shot for "I Used to Get It in Ohio." Cam's movie "Killa Season 2" will be released in October, and the soundtrack drops in September. Then there's another separate album slated for December. All that will be preceded by the May 5 release of his LP Crime Pays.


"It's one CD, 25 songs," Cam told MTV News. "Pretty much a double album if we had time to do it. ... A few records that are concept records. A few records that's gangsta stuff. It's an '09 Cam album. I got about two samples. I didn't use a lot of samples. A lot of original beats, a lot of concepts. I don't know my favorite song, because I got a lot of songs I really like. My favorite song this week is the 'Crime Pays' song I did."

On that record, Cam gives the youth a financial reality check. It starts off with a child talking about what he wants to be when he grows up.

"Then I rap telling the rest of the students, 'You wanna be a police officer, but you say you want a Ferrari. That doesn't make sense. That's not adding up,' " the Harlem King further revealed. "Or this person saying they wanna be a lifeguard and have a mansion in France. That's kinda what the song 'Crime Pays' is about. If I'm in the car listening to stuff, that's the song I listen to two or three times before I go into the next song."

One of the album's tracks, "Cookies and Apple Juice," was recently leaked with other Crime Pays records, including "I Hate My Job" and "Cookin' Up."

"Everybody called my phone. I got a bunch of calls from my people in Ohio and Chicago, and they was like, they heard it," Killa said of "Cookies and Apple Juice." "I'm like, 'Where did you hear that at?' It's just a song we did. We was playing around with it. My man Skitzo did the beat and the chorus. He said, 'Cam, you don't really do beats like this,' trying to bait me. I went there and did it in like 10 minutes. I put my homegirl that I'm dealing with, Bird Lady from Harlem. We did that song in like 20, 25 minutes. To keep it 100, my man did the beat, and I fed off of that."

Cam's mom is doing fine, by the way. She's healthy enough to be back in her old stomping grounds of Harlem.